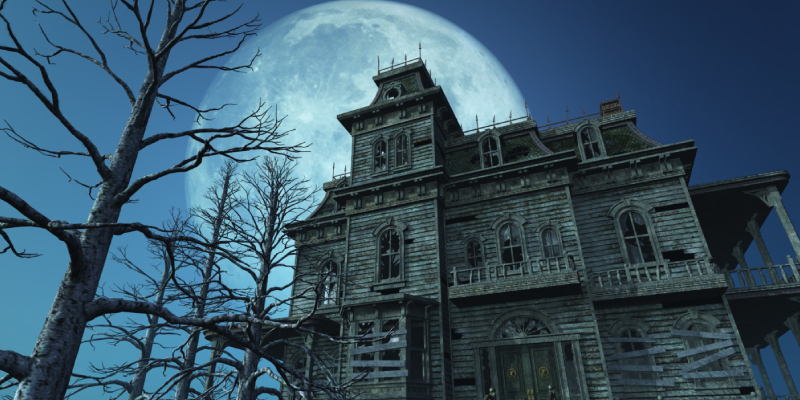 Amityville haunted house, Long Island, NY
This house is known for mass murder incidents were six people of a family were killed at a time. A 23-year-old killed his entire family for a reason on November 13, 1974. The murdered included his four siblings and parents. After a few years of this incident, the Lutz family bought this home for 80,000 Dollars. The family only stayed there for 28 days since their purchase of the mansion. The Lutz family felt some strange paranormal activities inside the house. Activities like bad odors and green liquid oozed out of keyholes and walls.

The horrifying experience or possibly the one for which they left the house was, one night Mr. Lutz saw his wife and kids lifted by the bed and since then they never returned. Somehow the house was sold for 1.15 million dollars in 2010. Still, it is considered as one of the scariest places in NY.

This property was built in 1784 and offers lots of rooms and fire-places to the buyers along with some horrifying haunted experiences. The charming Georgian-style mansion is specially built for all the ghost hunters out there in the world. People residing nearby have witnessed crying noises of women and have seen a man walking in the backyard. The voice sounded like German prisoners who were kept there during the American Revolution. In 2009 the mansion had a market value of 2,500,000 and the recent value is 695,000.

Who is residing at the Franklin Castle, Cleveland, OH

The Franklin Castle in Cleveland Ohio is one of the places where one can witness paranormal experiences. The home has a Victorian-style accent and was built in 1880 by Hannes Tiedemann. Tiedemann started losing all his family members one by one just after building this home. He lost his 15-year-old daughter, wife, and three newborn kids.

In 1908 the German socialist meetings and cultural activities were performed here. And in the basement of the house, the Nazis killed people. The visitors claim that they experienced something unreal and scary who wants to trouble them or harm them. Later in 1984 renowned actor Michael De Vinko bought this home for reselling it but failed on the cause. The house is still empty.