The mystery behind the haunted activities near the Niagara falls 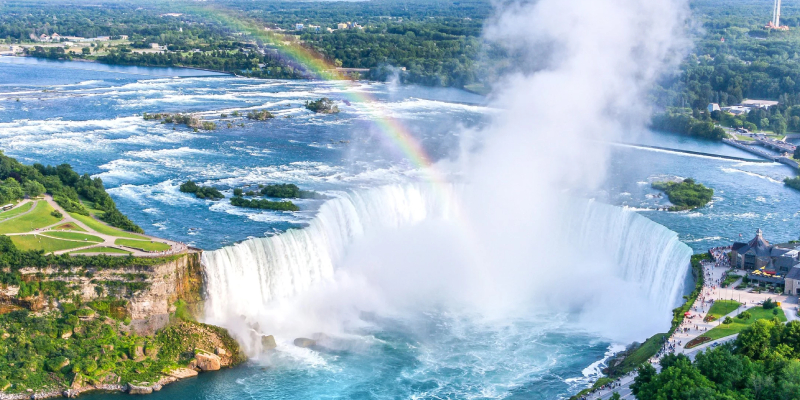 We all know that the largest waterfall in the world is Niagara from Ontario located in Canada. But only a few of us would have any idea about the spooky creatures living here. The Niagara waterfalls, despite being one of the prominent tourist spots come under the lists of offering ghostly experiences. One such place here in Regent Street 224 the ghost of the captain Swayze haunts the old angel inn here. It is believed that the captain Swayze was brutally killed by the American troops when they were entering the borders of the state.

The screaming tunnel with blowing airs

Many decades back the house of a little girl in Ontario caught up a fire and she ran till the tunnel. She died there with injuries on her body. People here believe that, if someone blows the candle inside the tunnel at night the ghost of the little girl will blow it and scream as loudly as to tear a human’s eardrum. From then on the tunnel is named as the screaming tunnel.

Stan ford center
A long-time back a man named Todd was said to be killed at the crossroad near Stanford center. It is observed that his ghost haunts people nearby and many people have witnessed hearing footsteps and voices of him. The paranormal activities here are repetitive even after his grave was blessed with holy showers. People from Ontario avoid using the road without any sources of light.

There is a house in Ontario which is filled with the animated dolls called the doll house. The animated dolls move around the house and haunt the people. In 1835 the house was built to keep the female slaves of the united states and due to some unfortunate incident, they all died by drowning inside the well. The people also say that the women who died inside the well of the house have turned into the dolls and are haunting the people entering the house.

The voice of the Sobbing Sophia
The British general Isaac Brook promised a woman from Nigeria that he will marry her once the battle is over. Unfortunately, the general died in the battle in 1812 and the woman named Sophia was so faithful to him that a person can still hear her echoes in her house craving for the return of the general.